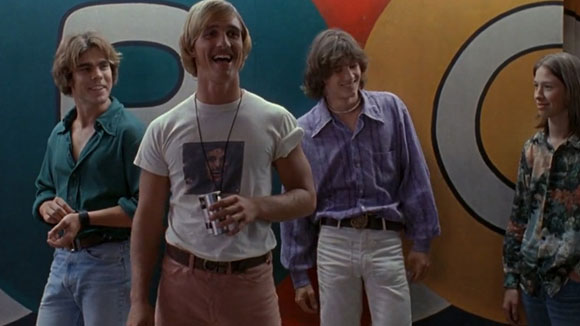 While drug use in cinema often sees the devastating impact of addiction play out in characters destined for trouble and tragedy (and sometimes the most disgusting toilet in Edinburgh), cannabis enjoys rather more playful characterisation.

“Stoners” aren’t destitute and depressed, rather they’re amusing and carefree and have, in their own way, a handle on their lives. Attention on cannabis is growing with the rise of CBD products offering many of the health benefits associated with the plant. Figures for CBD oil for sale online show a growing market for the natural substance that forgoes the “high” associated with cannabis’ recreational use.

According to healthline.com, benefits can include pain relief, a reduction of anxiety and depression, relief from acne, assistance for normal heart functions, and help for combating neurological disorders.

This sense of “help” not “hinder” in regards to a substance that derives from a plant used to make a recreational drug is perhaps why “stoners” in movies are given a free pass when it comes to “using”.

Cannabis culture in film doesn’t have the baggage associated with the more potent recreational drugs that circulate. It’s little wonder that so many continue to call for its legalisation.

So if you’re in the mood for some stoners in film, check out our list of some of the most memorable.

How High is a 2001 film that’s more for the hardcore cannabis lovers who aren’t easily offended. This is the first Method Man and Redman film to spur their fame.

A couple of friends use home-grown marijuana to increase their IQ and end up making it into Harvard as a result. Their secret to running such a successful weed crop is using their dead friend’s ashes to fertilize the plants.

After the turn of the century, actors like Matthew McConaughey, Ben Affleck, and Adam Goldberg would go on to play more serious roles. But in the early 90s, they, with a handful of other big-name stars, participated in a topical stoner film called Dazed and Confused.

It centres on a group of high schoolers just trying to make sense of life—in their case, it involves a lot of weed smoking, drinking, girls, and hazing in the 70’s. It’s hilarious on the surface, and rather introspective from a stoned perspective.

The best cannabis films involve straight-laced characters getting roped into a variety of misadventures due to the influence of cannabis. Pineapple Express is just that. James Franco is at his finest as a weed dealer who befriends a process server played by Seth Rogen. The two witness a murder and must work together to avoid being victims of their own crimes.

Of course, that means getting involved in a series of misadventures that revolve around a rare cannabis strain called Pineapple Express. If you haven’t already seen this blockbuster 2008 film, you’ll love learning how it turns out.

This Is the End

This Is the End is another capital James Franco and Seth Rogen stoner film that features a whole slew of celebrity players including Jay Baruchel, Jonah Hill, Craig Robinson, Michael Cera, and even Emma Watson.

The actors and actresses play themselves in a fictional film set at James Franco’s mansion. When a series of catastrophic events lead to the end of the world, the group bunker down in Franco’s mansion with some weed and a terrible plan for survival.

Let’s go back to the beginning of the 80s for a major classic. Fast Times at Ridgemont High starring Sean Penn, Jennifer Jason Leigh, Brian Backer, and others features a group of high schoolers who are high on the daily.

The film is all about what it’s like dealing with high school when constantly under the influence of marijuana. You see it from the hilarious perspective of the teenagers as well as the harrowed reflection of the teachers. It’s funny, relatable, and all-too nostalgic.

Add a good reality film to your list in the form of Super High Me. Made by the same people who did Supersize Me, Super High Me follows stoner and comedian Doug Benson as he smokes weed every day for 30 days to see the effects.

As you can imagine, watching someone smoking weed in reality is just as funny as a fictional character doing it. Plus, you’ll learn some pretty insightful things about how cannabis affects your body.

Nothing beats a good Jeff Bridges movie, especially when he’s paired with stars like John Goodman, Julianne Moore, and Steve Buscemi. Bridges plays a character who goes by “Dude,” who has been lauded as a “hippie hero.” The Dude spends his days in his bathroom, eating whatever he wants, watching television, and even bowling in his mansion.

When someone breaks into his home, he decides to try to figure out who it was and get vengeance. That’s about as far as the coherent plot gets, making The Big Lebowski the perfect stoner movie. Things don’t really make sense when you’re under the influence of cannabis, after all.

Don’t forget a good Cheech and Chong film featuring your favourites, Cheech Marin and Tommy Chong. Up in Smoke is the first and arguably greatest of their classic series of mishaps.

Cheech and Chong spend the majority of the movie running away from the cops while stoned out of their minds. This 70’s classic has been the basis of so many stoner movies that push limits of reality and hilarity.

It’s utterly fascinating to see the way that marijuana has influenced so much of worldwide culture, and the documentary The Culture High does an excellent job of unveiling some of those mysteries.

It looks at why marijuana has developed such a cult following, many of the morals behind banning it, where the legislation has evolved, and how today’s cannabis-lovers are rising triumphant. It scored 8.3 out of 10 stars on IMDB as an extremely well-made documentary that appeals to so many cannabis lovers out there.