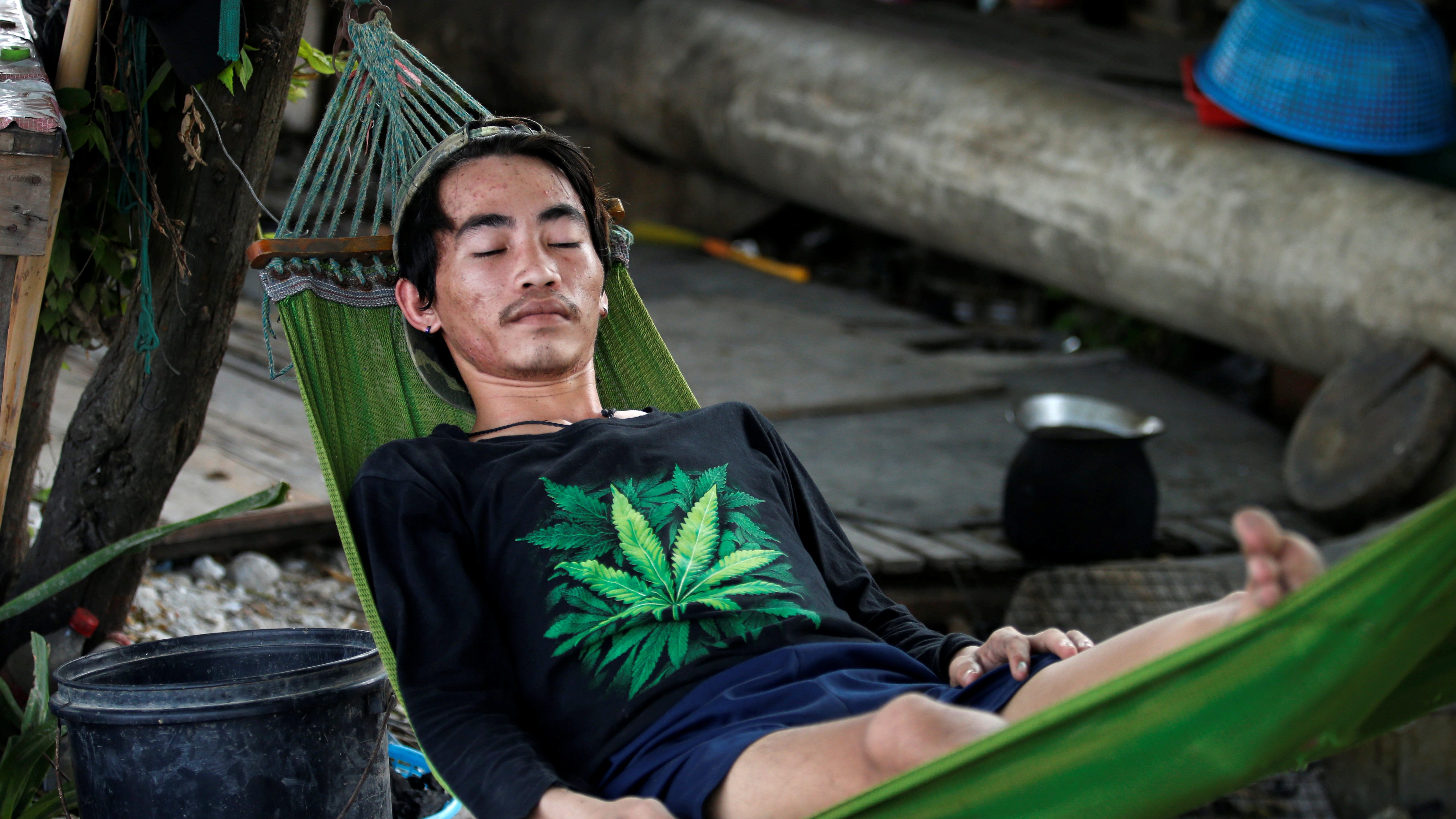 The benefits of slumber aren’t up for debate; science has proven that the amount of sleep we get impacts practically every aspect of the mind and body. According to the National Institute of Health, sleep plays a vital role in improving one’s memory, preventing and fighting cancer, as well as repairing heart and blood vessels. The consequences of not getting adequate sleep can be severe and in some instances, deadly.

Unfortunately for most Americans, falling asleep is a growing nightmare. Sleeplessness was declared a national health crisis by The Center for Disease Control, which in turn has brought on discussion of the perils of becoming reliant on ingesting prescription pills. This has also led to an uptick in the use of natural sleep aids like melatonin, a naturally-occurring hormone that helps the body regulate sleep. Melatonin is widely available as an over-the-counter supplement in pharmacies across the country and is one of the most popular natural remedies among Americans, who spent a reported $408 million on the supplement in 2017.

The legalization of medical marijuana means natural sleep-aid market is acquiring a whole new sub-sector. As states continue to modify their cannabis legislation, a relatively unknown cannabinoid called Cannabinol, or CBN, has caught entrepreneurs’ eye as a potential sleep aid and alternative to oral tablets like melatonin—which itself is still the subject of ongoing research.

Cannabis manufacturers are betting on this obscure molecule that can potentially disrupt the $700 million global melatonin market.

CBN has been found to occur in aged cannabis, when THC turns into the cannibinoid with prolonged exposure to heat and light. Some research indicates the novel cannabinoid may be able to counter the hangover, or “stone-over” effects of THC, the active ingredient in the cannabis plant and America’s most commonly used psychotropic molecule. In other words, a user would feel clear-headed the day after consuming the product. This is significant because residual drowsiness is a fairly common side effect of over-the-counter sleeping aids. Research suggests CBN can also amplify THC’s psychoactive effects. Since CBN is marketed as a “natural” molecule with similar effects to melatonin, cannabis manufacturers are betting on this obscure molecule that can potentially disrupt the $700 million global melatonin market.

“In the coming years, I expect the CBN market to grow rapidly,” Drew Ford, chief science officer at Kase Manufacturing, one of the first cannabis manufacturing labs approved for operations in the state of California, told Quartz. “As we learn more about the functions of these specific cannabinoids, I believe the markets will continue to follow an exponential curve and redefine the wellness industry top to bottom.”

In January 2020, Kiva Confections, one of the most recognized cannabis companies in California, became the first company to commercially launch CBN-infused edibles. Each gummy has 1 milligram of CBN and 5 milligrams of THC, and the mix is designed to produce an unparalleled entourage effect to help put the consumer to sleep.

To determine the proper amounts of each cannabinoid, Kiva researchers conducted internal surveys and found CBN to have drowsy effects consistent with other anecdotal reports. Sometimes, the CBN was even more effective than expected—which is why they decided on the low dosage of only 1 milligram per edible.

“During this research period, we found a CBN dominant edible with more than a milligram was simply too overpowering,” said Christie Strong, Kiva’s marketing communications manager.

Representatives from Kiva Confections admits research available on this largely unknown cannabinoid is still divided. Some studies say CBN is non-psychoactive, and other research argues it is mildly psychoactive.

Furthermore, even though hemp, cannabis with less than .3% THC, is federally legal, and THC is legal in certain states, cannabinoids such as CBN exist in something of a grey area when it comes to regulation. This means institutions like universities struggle to receive federal funds to conduct the necessary research. But since private companies are not restricted by federal funding, research on lesser-known cannabinoids such as CBN, and other cannabinoids like CBG, is starting to intensify in privately-owned labs.

Since CBN is not among the more popular cannabinoids suppliers are currently isolating, it took nearly six months for Kiva to find the right supplier. According to their research team, the CBN extraction and refinement process is markedly similar to THC, save for a few extra steps specific to the cannabinoid—but since so few companies are extracting CBN, the exact procedure is proprietary and could not be shared with Quartz. Be that as it may, there doesn’t appear to be a known way to speed the aging process necessary to produce CBN. In a written statement, Kiva’s research team said the aging process takes at least four to six months, possibly longer.

Since the cannabis needs to be aged properly, producing CBN presents a challenge for the industry: If the cannabis plant is sourced too soon, too little of the THC has had a chance to be converted to CBN. If one waits too long, however, the plant oxidizes and is rendered inadequate, with too little viable material to work with.

“It’s difficult and time-consuming to produce industrially. However, I predict that growers will perfect the harvesting and aging process into a cycle that produces a large supply of CBN as demand for the cannabinoid continues to rise,” said John Huemoeller, CEO of AXIM Biotechnologies, which specializes in cannabinoid research.

“One experiment determined that eight synthesized CBNs had pharmaceutical effects, but only two of them prolonged the sleep cycle.” The experiment to which He referred was performed on mice in the early 1990s.

“The same research also suggests their effects can be separated through the modification of the cannabinoid structure,” He said. “The question in this issue is not if CBNs have an effect, but which of them is the most effective.”

Since there hasn’t yet been substantial research into the cannabinoid, not everyone in the market is convinced of it’s sleep-aiding effects. “It’s not clear what it adds to the experience,” said Martin A. Lee of Project CBD, a California-based nonprofit dedicated to promoting and publicizing research into the medical uses of the cannabis plant. “I’m not exactly sure why someone would see it as an asset in a product. It doesn’t stand out to me to be particularly good for much of anything.” Project CBD reported that the extracted THC from hemp products is sometimes converted into CBN which is then diverted back into the recreational market and may provide “a greater interaction” if taken at the correct time in combination with other cannabis products.

While the research on the effects of CBN is still in its infancy, focus is beginning to intensify as the stigma surrounding the once-controversial cannabis plant disappears.

“CBN research has picked up again,” said Josh Otten, CEO of RONIN Content Services and Social Club TV, the world’s largest library of cannabis and hemp programming. “CBN percentages are now included in the packaging of legitimate cannabis products here in California. It’s only a matter of time until we know more about how it.”

Alabama medical marijuana bill advances to the Senate. What it proposes. – Bham Now