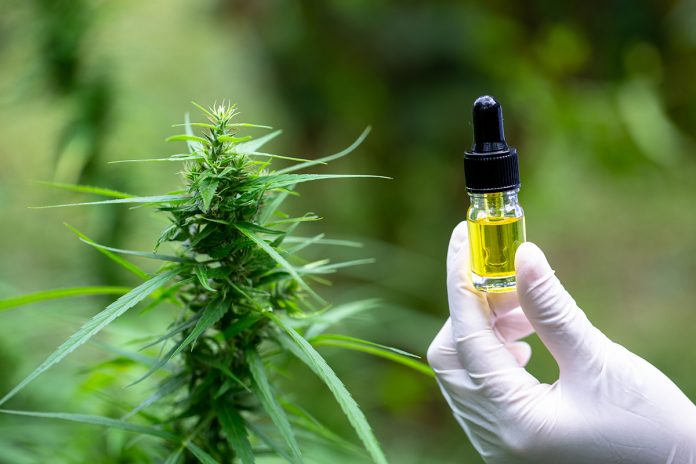 Here, OilsBySimpson Founder Kevin William Simpson, explains what current research shows about CBD’s effect on epilepsy and its applications as a treatment

Cannabidiol, more commonly referred to as CBD, has gained popularity recently because of its potential medical benefits. CBD is an active compound found in the cannabis plant, and it has been linked to improvements in mood disorders, pain management and inflammation. But one of the most exciting potential uses of CBD is as a treatment for epilepsy.

In 2018, CBD was approved for use as a seizure treatment for patients with either Lennox-Gastaut syndrome or Dravet syndrome, which are both drug-resistant forms of epilepsy. The approved CBD medication is called Epidiolex, and while research into CBD is still in its early stages, the results are promising.

Is CBD good for epilepsy?

Patients with epilepsy experience seizures and these can be frequent, debilitating, and even life-threatening. The seizures occur when the brain experiences a sudden and uncontrolled burst of electrical activity, which affects how the person moves and thinks.

With epilepsy and brain function being inextricably linked, it may seem counterintuitive to provide an epilepsy patient with cannabis. But while cannabis may be associated with getting “high,” one of the main benefits of CBD is that it doesn’t induce feelings of intoxication. Tetrahydrocannabinol (THC), another cannabinoid, is the chemical responsible for cannabis’ psychotropic effect.

So CBD won’t make epilepsy patients high, but can it actually treat seizures?

The research into CBD as an epilepsy medication is promising, with CBD showing both neuro-protective and seizure-reducing qualities in rodent-model studies. CBD has also shown promising results in clinical trials. For example, the first randomised placebo-controlled, double-blind trial of CBD treatment for Dravet syndrome in 2017 showed great potential.

The trial found that 20mg of CBD twice a day resulted in a decrease in seizure frequency, with the average amount of monthly seizures per person reducing from 12.4 to 5.9. Impressively, 5% of the patients who took actually saw their seizures stop completely during treatment.

The research shows that CBD treatment has the potential to significantly reduce seizure frequency in patients with a range of epilepsy conditions. However, CBD research is still in its infancy, and the exact way CBD affects the brain and seizures isn’t fully understood.

It is though that CBD may act on TRP channels or specific G-coupled protein receptors to reduce the overactive neuron transmission that can result in epilepsy. CBD may also act on certain compounds to help reduce inflammation and improve seizures.

FDA approval of Epidiolex (CBD Oral Solution) and its implications

Epidiolex, a CBD medication, was approved for use as a seizure treatment in 2018 by the U.S. Food and Drug Administration (FDA). Epidiolex can be used by epilepsy patients two years or older who suffer from either Dravet syndrome or Lennox-Gastaut syndrome.

A reduction in seizures of this size can have a positive effect on the lives of epilepsy sufferers. Patients with Dravet syndrome or Lennox-Gastaut syndrome often experience seizures that are highly resistant to treatment, meaning their seizures can be uncontrollable and especially debilitating. Patients with Dravet and Lennox-Gastaut syndrome are at high risk of death due to their uncontrolled seizures, so any seizure reduction possible through CBD treatment could improve both the quality of life and life expectancy.

The legalisation of Epidiolex also has implications for people suffering from conditions other than epilepsy. The approval of CBD as a seizure medication will likely lead to more research into the potential health benefits of CBD and help to legitimise more CBD treatment options. Research already tells us that CBD holds the potential as a treatment for mood disorders, chronic pain, and certain sleep disorders.

It is important to keep in mind that more research is needed into the use of CBD as a treatment for other disorders and Epidiolex should only be used for the treatment of Dravet or Lennox-Gastaut syndrome.

There is some evidence that CBD may interact with certain enzymes and transporter systems that are involved in the metabolisation of medications. One study of epilepsy patients who took both CBD and the anti-seizure medication clobazam found that CBD might interfere with how the body interacts with seizure medications. Patients in the study who took both CBD and clobazam were found to have increased levels of clobazam in their blood. An increase to any medication level could place patients at risk of overdosing.

However, research into CBD’s interactions with epileptic medications is mixed, with CBD also having been found to decrease clobazam levels in another study.

While it can be difficult to understand just how CBD might interact with other medications, in general, CBD has only a minor effect on most anti-epileptic medications. Even the study  that found that CBD increased clobazam levels concluded that CBD is a safe and effective epilepsy treatment.

One more serious side effect to be aware of is that CBD treatment has been linked to an increase in liver enzymes when used alongside anti-seizure drugs. This is concerning because a rise in liver enzymes can be a sign of abnormal liver function.

Other side effects of CBD treatment include lethargy, decreased appetite, drowsiness and diarrhoea. These adverse effects are largely considered to be mild, and many studies involving CBD for the treatment of epilepsy consider it to be a safe treatment option.

Epidiolex offers a lot of hope to sufferers of debilitating seizure conditions, specifically for the epileptic disorders Dravet syndrome and Lennox-Gastaut syndrome.

While Epidiolex and CBD can have some side effects, it is generally considered to be a safe and effective treatment option for epilepsy patients. It does have the potential to interact with other epilepsy medications and affect liver function, so be sure to consult your doctor before trying it and inform your doctor of any other medications you are taking.

Please note: This is a commercial profile