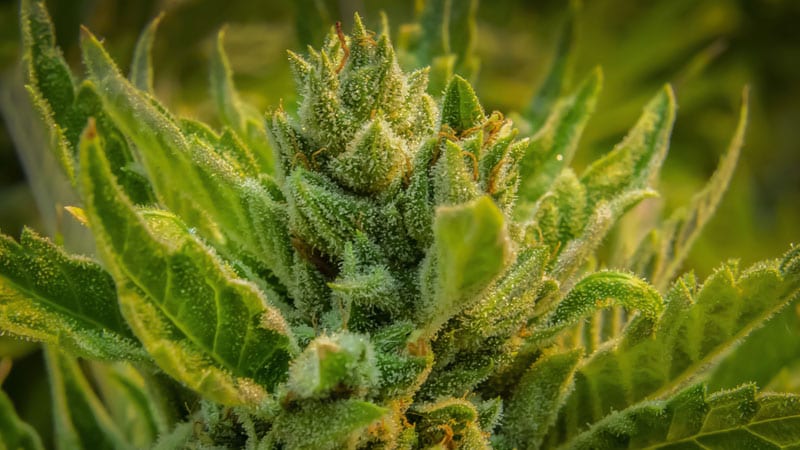 Despite the ever-increasing acceptance of medical cannabis and its notably common use in patients with multiple sclerosis (MS), clinicians treating those patients still may be poorly informed about risks, benefits, regulations, and proper uses, experts say.

“There is evidence of a ‘clinical void,’ with clinicians on one side and people with MS and other conditions on the other that doesn’t usually exist regarding therapies that people with MS are using,” said Allen C. Bowling, MD, PhD, director of the NeuroHealth Institute and clinical professor of neurology at the University of Colorado, in Aurora. His presentation was part of a symposium during the Consortium of Multiple Sclerosis Centers (CMSC) 2020 Annual Meeting.

While approximately 8% of the general population uses cannabis, evidence shows that the proportion of people with MS who do so ranges from 9% to 38%, for an average of about 20%, Bowling noted.

Yet, according to research, only about 20% of those actually discuss their cannabis use with their clinicians, which could have potentially adverse implications in the management of the disease.

As an example, Bowling described a case of his own involving a stroke syndrome associated with cannabis use — reversible cerebral vasoconstriction syndrome (RCVS), which he mistook for an MS flare-up.

“I had a patient who developed RCVS, but because it appeared to be an MS attack, I was treating her with corticosteroids, and she kept getting worse,” he said.

“It’s very important for MS clinicians to be aware of this stroke syndrome that can mimic an MS attack. The way to rule it out is with CT angiography.”

Studies underscore that such misconceptions could be common — one recent study showed that as many as 90% of residents and fellows did not feel prepared to recommend or answer questions on cannabis use, and in fact most states do not even require physicians to have training in medical uses of cannabis, Bowling noted.

Other research shows that the rates of clinicians with high knowledge in medical cannabis use are in the single digits, while many have no cannabis training at all.

In a survey of 556 physicians taken as recently as January 2020, 47% gave incorrect responses regarding tetrahydrocannabinol (THC), while 33% reported being familiar with “nano-cannabinoids” — which don’t even exist, and the term was created for the sake of the survey.

Clinicians’ misconceptions about the regulation of cannabis was especially eyebrow-raising, Bowling indicated.

“The part that concerns me the most is regarding dispensary cannabis products — 17% of respondents thought the products were US Food and Drug Administration (FDA) controlled and 25% said they thought that dispensary products were FDA approved,” he said.

There are, meanwhile, no formal clinical studies evaluating the medical efficacy of any products sold in US cannabis dispensaries, much less FDA regulation, Bowling said.

Among the most recent research of cannabis use among MS patients is a real-world study of more than 2000 patients with MS in Denmark.

Said to be the most comprehensive survey of cannabis use among MS patients to date, the researchers found that 21% of patients reported cannabis use in the past year, with only 21% of those having a prescription to use the drug legally because of strict regulations in Denmark.

Respondents reported that the primary reasons for use in MS were to alleviate pain (61%), spasticity (52%), and sleep disturbances (46%). The most common adverse effects were drowsiness (30%), feeling quiet/subdued (23%), and dizziness (13%), with effects that were mild to moderate.

And a 2019 study of electronic medical record data for 561 patients with multiple sclerosis in British Columbia, Canada, showed that 19% reported using cannabis, with 71% reporting use for alleviation of pain, 71% for sleep, 44% for mood, and 40% for spasticity.

Bowling said the findings are consistent with his clinical experience in treating patients in Colorado, where medical cannabis has been legal for about 2 decades.

“It seems that people who benefit most are those who use small amounts and typically use it for alleviation of pain and/or spasticity that interferes with sleep,” he told Medscape Medical News.

However, with a lack of regulation about the true components in dispensary products, there are many uncertainties about what works or doesn’t.

“Very anecdotally, preparations that are high in cannabidiol (CBD) and low in tetrahydrocannabinol (THC, the main psychoactive compound in cannabis) seem the most helpful. Pure CBD preparations (ie with no THC) seem less effective,” Bowling noted.

Other recent evidence on cannabis use in MS, however, suggests important benefits once patients abstain from its use.

However, the exceptionally wide array of components in unregulated cannabis accounts for substantial variety in potency, benefits, and side effects, Bowling said.

He pointed out one recent study looking mainly at patients with MS who regularly smoked cannabis and showed cognitive improvements upon abstaining.

The study included 40 MS patients who reported smoking cannabis regularly — at least 4 days per week for multiple years — who were randomized to continue their cannabis use or withdraw.

While there were no cognitive differences among the patients at baseline, after 28 days, the abstinence group showed significant improvements on functional MRI in every cognitive index (P < .0001 for all).

On the Symbol Digit Modalities Test at day 28, the withdrawal group completed more trials correctly (P < .012) and had a faster reaction time (P < .002) that was associated with significantly increased activation in brain regions known to be associated with performance of the test, including the bilateral inferior frontal gyri, caudate, and declive/cerebellum (P < .001 for all regions), the authors said.

“These results reveal that patients with multiple sclerosis who are frequent, long-term cannabis users can show significant improvements in memory, processing speed and executive function after 28 days of drug abstinence,” the authors reported.

Bowling said that while the findings are consistent with his own clinical observations, abstinence isn’t always easy.

“I’ve seen patients with cognitive impairment whose cognition and overall day-to-day function have improved with discontinuation of cannabis,” he said. “For some of these patients, however, it was a long-term challenge to discontinue cannabis because they were addicted.”

Addiction to cannabis in MS in fact may be more common than many realize, and comes with a host of other adverse effects, Bowling said.

“In my practice I have definitely seen many cases of addiction — I think that it’s very underdiagnosed. In addition to cognitive dysfunction, it can worsen anxiety and depression and decrease balance, leading to falls.”

The RCVS risk is another concern, and changes in liver enzymes should also raise a red flag when MS patients are cannabis users, Bowling added.

“I’ve seen in multiple patients where the liver enzymes went up and I thought it was because of the disease-modifying therapy, but it turned out to have been because the patient had started CBD, so you need to be aware of potential hepatotoxicity.”

“The bottom line is that we don’t have strong data in this area and herbs are extremely complex with many unknown constituents.”

Bowling noted that pure CBD or CBD-enriched products would be expected to produce less cognitive dysfunction than regular cannabis smoking, “however, it’s important to keep in mind that a ‘CBD-enriched’ product could have low but still significant THC content,” he said.