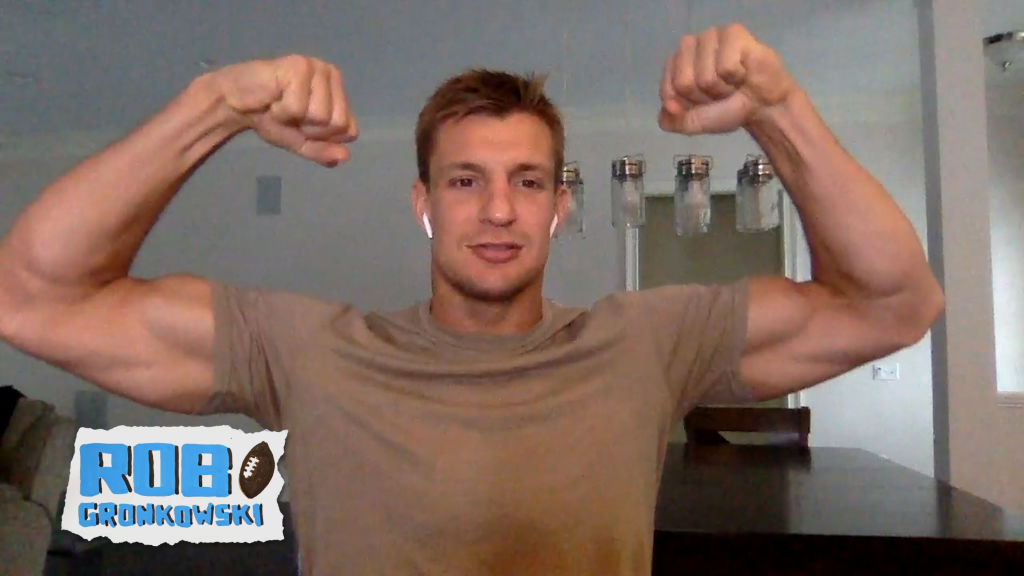 When Rob Gronkowski announced his retirement from the NFL in March 2019, many people thought Gronk — then 29 years old — would return to the league and make the retirement temporary. So when he went the entire 2019 season without announcing a comeback, people began to think the Gronk may really have been done with football. But he wasn’t.

According to the U.S. National Library of Medicine, CBD — short for cannabidiol — is a chemical compound that comes from the Cannabis sativa plant, otherwise known as marijuana.

It’s a naturally occurring substance that is used in oils and edibles, among other products, to give the user a feeling of calm and relaxation. While it has similar effects to its cousin THC, the main active ingredient in marijuana, CBD is not psychoactive.

Is CBD effective in treating pain?

Harvard Medical School details that the strongest scientific evidence suggests CBD is effective in treating some childhood epilepsy syndromes, but athletes use it to help manage chronic pain. According to the European Journal of Pain, when applied to the skin the substance could help lower pain and inflammation due to arthritis.

Another study shows how CBD can inhibit inflammatory and neuropathic pain, which are two of the hardest types of chronic pain to treat. Those studies were based on an animal model, and more study in humans is needed in order to substantiate the claims of CBD’s effectiveness in pain control. Despite the uncertainty in the effectiveness of CBD, adult athletes are using it in record numbers.

The Washington Post reports on a survey of 1,274 adult athletes conducted by the Canna Research Group about whether they used CBS and other THC-containing products. The results found that of the 1,161 athletes who responded, 26% admitted to taking some form of CBD during the prior two-week period, and 67% responded that they had used the substance at some point in their lives.

Breaking down the results further, younger athletes used THC and CBD products more for recreational use, while those over 40 skewed more toward medicinal use for CBD. Roughly 61% of the athletes indicated they use cannabis for pain, with 68% answering that the cannabis improved their pain.

That brings us back to Gronk, who has partnered with CBD manufacturer CBDMEDIC. He says the “products have changed [his] life,” and he wishes he would have been able to use the company’s products while he was playing. He says it “would have made a huge difference” in his pain management.

Gronk goes on to say that after nine seasons in the NFL and nine surgeries, he is “pain-free” for the first time in more than a decade, and he credits CBD for helping him get there. CBDMEDIC’s products are “life-changing,” according to Gronk. He says they are so effective that it has allowed him to return to the NFL after taking a season off, as he reunites with Brady in Tampa Bay.

In announcing his return to football, Gronk said he “needed to recover” and he “was not in a good place. Football was bringing me down, and I was losing that joy in life.” But having that year off to recover from his injuries and pain has apparently changed Gronk’s outlook on the game.

While discussing the trade for Gronkowski, Bucs general manager Jason Licht mentioned the chemistry that Gronk and Brady have developed “on and off the field that is crucial to success.”