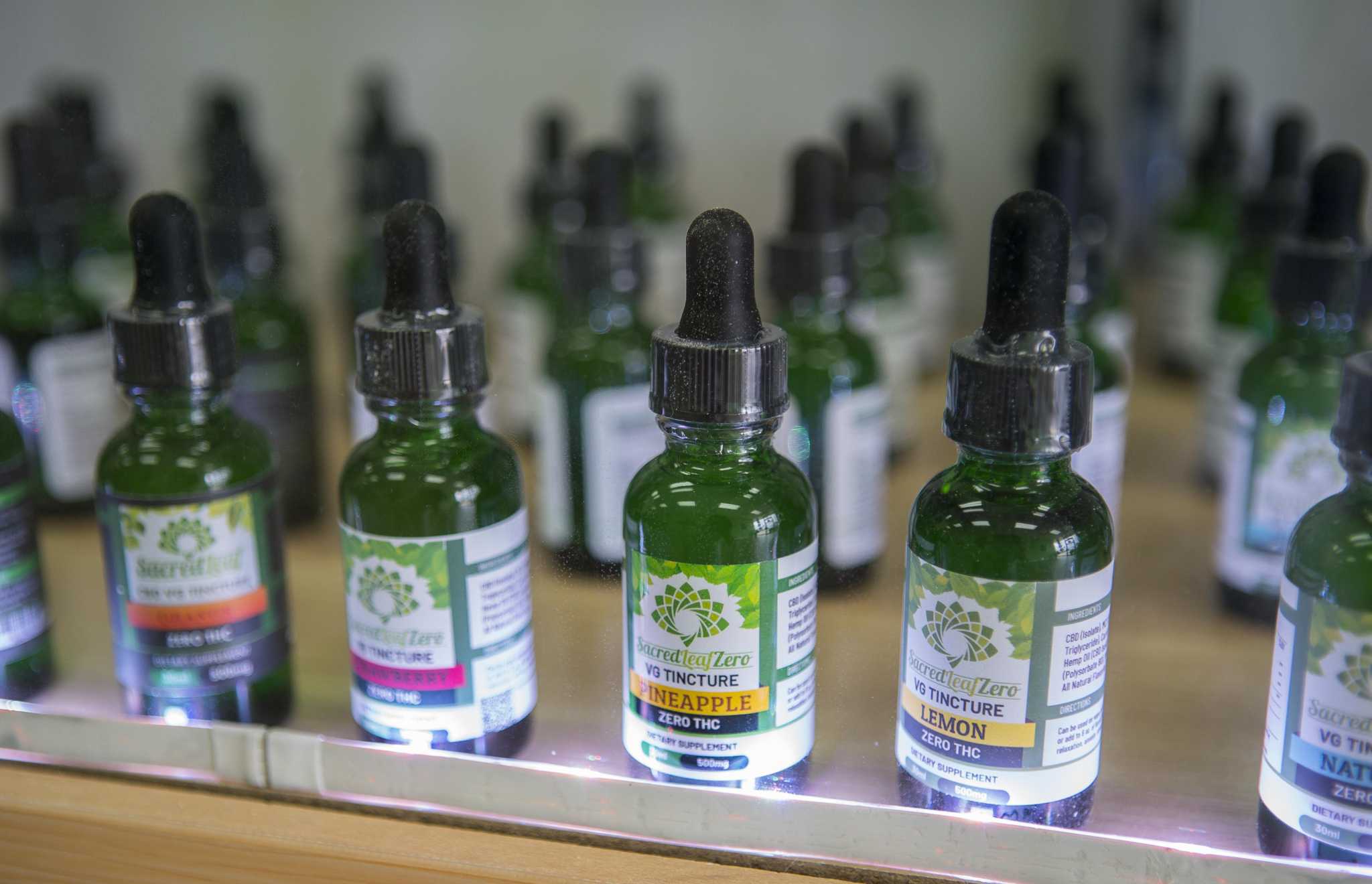 It wasn’t by design that a family-friendly suburb, rather than a hipster inner Loop neighborhood, was the site of one of the first Houston-area shops devoted solely to the sale of a legal product made from the hemp plant.

Scott Henderson, who oversees all Texas-based stores for the Kansas-based franchise Sacred Leaf, said a Realtor sold him on a location in the Katy area for a shop selling CBD, or cannabidiol. Henderson wasn’t familiar with Katy before he came to open the store.

“After we got here, people were like, ‘Why did you come to Katy?’” said Henderson, laughing. “I was like, ‘We might’ve put this store in the wrong place.’ ”

He says the store was the first in the Houston metro area to exclusively sell CBD, which surprised him.

“How is Houston the fourth largest city and no one is doing CBD?” he asked himself.

CBD comes from the hemp plant. It contains lower concentrations of THC, tetrahydrocannabinol, the psychoactive ingredient that gives marijuana users the “high” they experience. Sacred Leaf says its products contain no THC.

CBD can help reduce inflammation and is effective in relieving pain and anxiety, according to Lusell Mata, co-owner of the Missouri City Sacred Leaf store. But experts urge caution in using the product, and federal regulators have approved only one CBD drug, a prescription medication used to treat rare forms of severe epilepsy.

Since the Sacred Leaf franchise opened in the Katy area in 2018, CBD has gained traction across the suburbs, with two other Sacred Leaf stores opening in Sugar Land and Missouri City. Other stores that sell CBD products dot suburban communities including Galveston and The Woodlands in addition to Houston neighborhoods such as the Heights and Rice Village.

What makes the suburbs a good place to sell an alternative option for pain relief?

“I think it’s because CBD is a good product for families,” said Mata, noting that in the suburbs, “There are a lot of families looking for natural relief.”

The Katy store attracted a steady stream of customers when it opened. Many were over 50.

“It makes sense to me because once you’ve tried prescriptions for a long time and you’re still in pain, I think that’s the point when people start to look for a more natural alternative,” Henderson said.

Caroline Mallon is only 31, but she said she was tired of the joint pain she’d dealt with from riding horses for 20 years. She was looking for relief when her doctor prescribed Oxycotin, an opiate that can be highly addictive.

She began looking for alternative options when she stumbled upon CBD. The product has helped her immensely, she said, and now she’s a manager at the Katy Sacred Leaf store.

Mallon, who also suffered from panic attacks, said CBD has helped ease her anxiety and enabled her to stop taking the prescription drug Xanax.

Austin De La Cruz, a board-certified psychiatric pharmacist and professor at the University of Houston, urged people interested in trying CBD to be extremely careful.

De La Cruz said CBD could negatively interact with other medications and can cause side effects such as appetite alteration, diarrhea, drowsiness, nausea, fatigue and even liver toxicity. Consuming CBD also could lead to a failed drug test, he said, and appropriate dosages have not been confirmed.

Some still associate the product with marijuana and others wonder if it’s legal to consume. Many customers are confused.

“There’s a lot of people that walk in here and they’re like, “Where’s the pot?’” said Mata.

A bill recently signed into law by Gov. Greg Abbott could help ease the confusion. The bill modifies the Texas Agriculture Code for regulation and sale of hemp and hemp-related products, and amends parts of the Texas Health and Safety Code to exclude hemp from the definitions of “controlled substance” and “marijuana.”

If the hemp plant contains less than 0.03 levels of THC, it is legal to consume in Texas.

However, some prosecutors, including Fort Bend County District Attorney Brian Middleton, say the new law makes it difficult to prosecute marijuana cases because they lack the means to test for the legal limit of THC.

Similarly, Katy Police Chief Noe Diaz Jr. said his department does not have a field-testing kit to determine how much THC is in CBD products. He said Katy Police will send lab tests to the Texas Department of Public Safety for marijuana cases.

He notes that only one CBD shop is within the Katy city limits. He urges residents to be careful consuming the product and to watch for side effects.

Despite the controversy, Mata thinks the new state law and more awareness of CBD has made people more comfortable with consuming it.

Mata, who was on multiple medications for chronic pain and anxiety, was looking for another way to treat her symptoms when her fiancé suggested she try CBD.

She went to the store in the Katy area. Thirty minutes after taking the product, she said, she was driving home with a smile on her face.