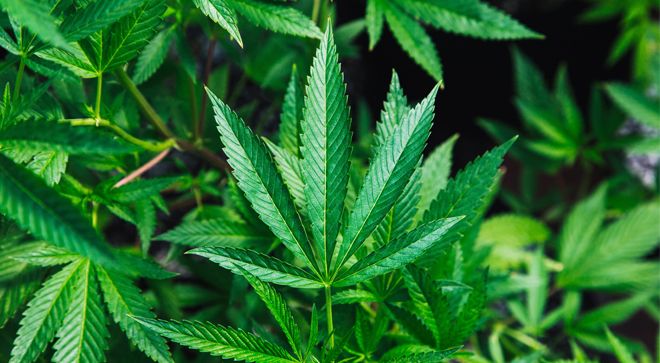 Cannabinoids may accelerate the growth of human papilloma virus (HPV)-related head and neck squamous cell carcinoma, according to a new study published in Clinical Cancer Research. Researchers identified that the molecular mechanism of tetrahydrocannabinol (THC), the ingredient that causes people to feel the euphoric “high” associated with marijuana use, activates the p38 mitogen-activated protein kinases (MAPK) pathway, which allows cancer cells to grow uncontrollably.

“I think it may change how we counsel patients, quite frankly,” said Dr. Joseph A. Califano III, in an interview with CURE® on the impact of this study for patients with HPV-related head and neck squamous cell carcinoma (HNSCC).

“The old association data people didn’t pay much attention to, but these data are actually a little bit more definitive and have a real biological mechanism associated with why these compounds [impact] cancer,” he explained. “Once you see that, you start shifting towards counseling patients to avoid cannabinoids if they have this cancer.”

Califano, a professor, surgeon scientist, and vice chief of the Division of Otolaryngology in the Department of Surgery at UC San Diego School of Medicine, was one of the senior authors on the study that looked at patients with HPV-related HNSCC and the association of increased marijuana use to the progression of their cancer.

While a previous study in 2008 showed an association between HPV-related throat cancer and daily marijuana use, researchers in this study set out to find a biological reason for the interaction of cannabinoids and HPV-positive HNSCC. What they found was the cannabinoids’ activation of the p38 MAPK pathway in the bloodstream was stopping normal cell death from occurring, thus leading to cancer cells growing unchecked.

“It’s a very classic cancer pathway,” Califano explained, “there are no MAPK inhibitors and no ways to treat modulate that particular pathway, both upstream and downstream.”

Furthermore, researchers cautioned that there needs to be further evaluation of cannabinoids used to fight cancer, but Califano wanted patients to understand that there is not a binary in the use of marijuana. Its use is not just good or just bad, as each patient and tumor type react differently.

“For this particular cancer, there’s no question daily use is implicated as a risk factor,” Califano elaborated. “Daily users who are worried about this tumor type probably want to not use on a daily [basis]. That said, this tumor, head and neck is still on the rare side of cancers.”

Califano and the other researchers believe the next steps for this research are finding a way to block cannabinoids in this pathway, and potentially use the cannabinoid access to the pathway to help turn it off. They also want to investigate the CBD effects on this pathway as the research only focused on the THC effect on it.