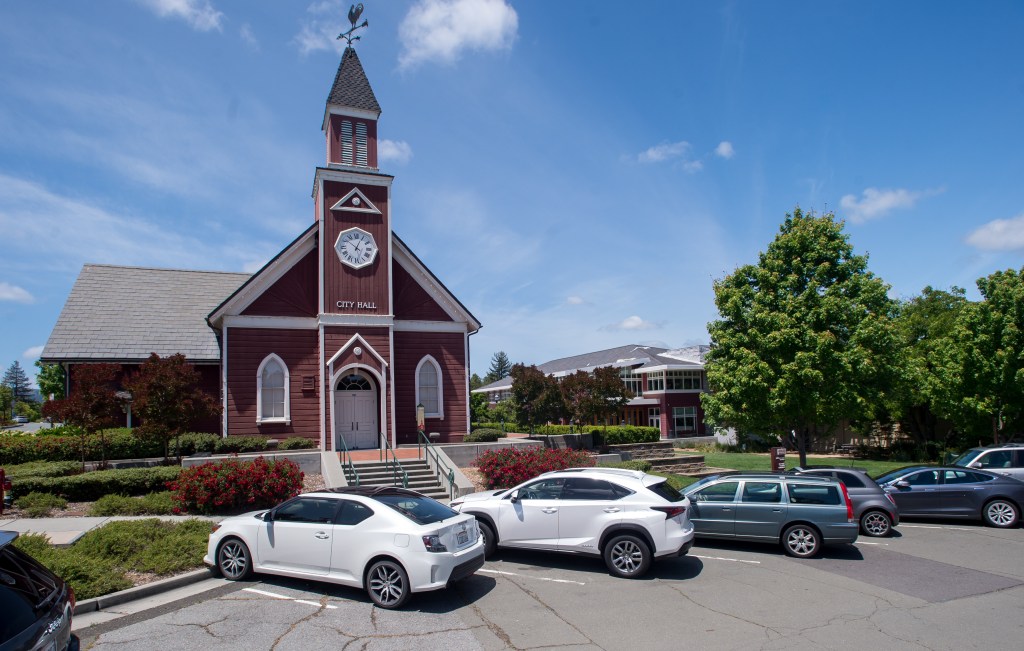 The Novato City Council took its first look this week at a proposed rating system for prospective cannabis business owners.

The city plans to issue a 30-day request for applications for adult-use and medical cannabis businesses within the next two to three weeks.

The timing of Novato opening its cannabis industry — amid the coronavirus pandemic and resulting economic downturn — was not lost on the council or city staff.

“I’m not exactly sure what to expect at this point,” Community Development Director Vicki Parker told the council on Tuesday. “I think if we don’t get applications now it’s not necessarily the end of the industry, but we may rethink our timing. The timing is definitely not the best.”

Under the rating system, a review committee of city officials and representatives from special districts would score cannabis business applicants on a 100-point scale using several criteria. All applications that receive 80 points or more would advance to the City Council, which will determine who is awarded the licenses.

“We do have limits on some of the license types, so it could be that you’re making a decision as to who is the best fit if there are multiple applications,” Parker said.

Applicants will be rated based on their finance and operations plans; evidence of sufficient capital to operate for at least three months; compliance with local and state cannabis regulations; security plans; emissions control; water supply and wastewater efficiency; and their proposed “community benefit agreement.”

Five bonus points will be awarded to applicants who have lived in Novato for at least 12 months. If an out-of-city applicant wants to partner with a Novato resident on the business, the Novato resident must have 50% of the ownership for the application to receive the extra points.

Novato’s cannabis rules, which took effect in December, allow for multiple business types, including indoor cultivation, distribution, testing, manufacturing, all-in-one microbusinesses and delivery. The city has capped how many licenses can be distributed among each type except for delivery services, which have no cap. Storefront retail sales are not allowed.

Mayor Denise Athas raised concern about ranking businesses on whether they have secured a lease agreement and funds to set up the business. While the city’s 30-day request for proposals is meant to allow applicants to find potential locations, Athas questioned how practical that is given the uncertainty of the licensing process.

“I don’t know how a business can determine that they would put in a lease with somebody not knowing they have a business, nor do I know of a landlord who would want a business who isn’t going to stay in it,” Athas said.

While the city is not expecting perfect cost estimates, Parker said it is looking for assurances due to the limited licenses.

“We want to make sure that the people that we’re issuing one of those license spots to is going to be able to execute on it,” Parker said.

Instead of a cannabis tax, the city is opting to enter into “community benefit agreements” with license holders. Some examples of these agreements include funding drug and alcohol abuse education for youths, paying above-average wages, providing education for seniors, implementing enhanced security or making a payment to the city.

The content of these agreements is fairly flexible, Parker said, but the value of the contribution is expected to be equal to what they would pay in competitive tax rates. For Novato, the city expects the agreements to be valued from 1% to 4% of gross receipts, depending on the business type.

“They’re meant to be competitive with the surrounding jurisdictions,” Parker said of the rates.

A fee schedule is also expected to be published that will include cost recovery for regulating and processing cannabis business licenses.

Michael Clarkson, a prospective cannabis business owner in Novato, said he wants to ensure all the city’s costs to vet and regulate the cannabis industry are borne by the businesses themselves and not the taxpayers.

“Knowing what the cost structure is for the city’s labor to do this, it would be really nice going in on the front end … so that we know as potential business owners what it’s going to cost us,” Clarkson said.

Mayor Pro Tem Pat Eklund stressed the same point, stating that “this really needs to pay for itself.”

The council had planned last year to begin the first round of licenses in early 2020 and to discuss the potential for allowing storefront retail businesses in mid-2020. However, Parker said the city is “significantly behind schedule” on this front.

Councilwoman Amy Peele, who wasn’t a council member when the rules were passed, said she had been approached by residents who have relatives with cancer.

“They are concerned they have to drive out of Novato to get some in-person consultation about the best products for their parents,” Peele said, “and a fairly large group of citizens who are using things for pain and relief and such that really felt like they needed to speak with a person.”

More information about Novato’s cannabis regulations can be found at bit.ly/3jYZqRd